The quickest way to gain credibility is to show that you care.

Treating others with empathy is something we are taught from childhood. Our elders would often say, “put yourself in their shoes.” We have come to believe that listening to and intellectualizing how others are feeling is enough. That is just the tip of the iceberg. Practicing real empathy is harder than that. It requires us to consider not only what but also why, others do what they do. When we can do that, we gain a deeper understanding of the other person, their needs and contributions.

Empathy is about finding echoes of another person in yourself.

The first step of acting with empathy is understanding emotions. Our emotions are strong influencers in our decisions, both to attract and distance intended feelings. To get at the heart of another’s emotions is to have a better understanding of your own as well.

When communicating with another person, consider initially how you would feel in their situation. Then ask questions to understand how they perceive the situation and why. Their view of the situation and needs will be different from your own, so listen deeply. This will help you understand what the person needs and how you can support them. When you understand the underlying cause of their emotions, you will improve your ability to consider the issues from their point of view.

Beyond the feelings and emotions of others lie their cultural influences, personality and mitigating circumstances. Considering these areas takes a lot of patience. We often want to use our own lense to see the world. But thinking about the other person’s cultural background (family, local, regional, and/or national), their experiences and their level of tolerance for novel and uncomfortable situations will help you to catch the nuances of what the true intention is beyond the words.

We All Act With Good Intentions

The vast majority of us want to see world peace, get along with our neighbors, and make gratifying contributions to our communities. When someone behaves in a way we judge as counter to this, consider how their action works towards those ends (even as part of something bigger). Interpreting the solution from their point of view will help you work together to find more viable alternatives in unraveling bigger challenges.

Bob is planning on making a new recipe tonight, Chicken breast with roasted tomato. He needs those tomatoes to be soft and ripe. Unfortunately, all of them were a bit hard. So, he left them on the counter this morning with the intention of softening them up a bit during the day. Mary saw the tomatoes on the counter and assumed Bob had forgotten to put them back in the fridge before going to work.

That evening when Bob returned home, knowing that he had left the tomatoes on the kitchen counter, he was sure he had lost his mind, confused by the fact that he could not find them anywhere. When he opened the fridge there they were, just as fresh and hard as they had been this morning. He was more than angry. His plans had been completely disrupted.

When he asked Mary about the tomatoes, she said that she had noticed them on the counter and thought he had forgotten to put them away. Anticipating a tomato and cucumber salad as part of a nice summer dinner, and that these ones were in perfect condition for that. She put them in a paper bag and set them back in the refrigerator.

Both people had good reason for their action and worked with the best of intentions for making use of those tomatoes. Yet without communication, each person’s action disrupted the plans of the other. Through an empathetic discussion, they will be able to decide whether to have the salad today or the chicken tomorrow.

We always consider the intentions of our own actions. However, when it comes to others, we focus only on the behavior. We usually don’t take the time to consider their point of view, only considering the results as acceptable or unacceptable. Oftentimes, we incorrectly believe the other person’s action was a deliberate attempt to stir up problems, create conflict, or foster ill will. That is just not true. Instead, we need to take the time to focus on the ideal that they had good intentions when deciding on and taking their course of action. After such consideration, we can work together to discover future steps that lead to mutually beneficial results.

The opposite of anger is not calmness, its empathy.

In our relationships, if we focus on how we can serve others and through our service inspire them to pay it forward, we can create positive momentum alongside a sense of understanding of those around us. Doing this builds quality relationships that continue to build deep connections and understanding.

3 Steps to Being More Empathetic

Be in the moment

Focus your attention on the other person.  Watch them as they speak. Listen for the words they choose, the tone in their voice and facial expressions. Really give them your undivided attention. Tune out everything else and focus on the conversation.

Listen not just for what they say, but also how they say it. Look at their facial expressions. Notice the way they fidget and their body positioning. These things are indicators of what is going on inside.

Use paraphrasing techniques and draw conclusions based on the previous points. Then ask them if you are hearing them correctly. You can use this as a springboard for developing solutions together.

A prerequisite to empathy is simply paying attention to the person in pain.

Practicing empathy requires us to slow down, look others in the eye and consider situations from their point of view. We have to do more than put ourselves in their shoes, we need to live in their skin for a moment. While being truly empathetic can seem hard.. Practicing it at any level of ability will be appreciated by those you interact with. 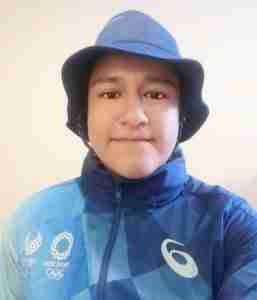 Carlos Andres Hernandez is from Mexico City. He has been living in Japan for three years and is working with the press corps during the Tokyo 2020 Olympics…

The Greatest Love of All

You are much better off accepting the person you are, with all your faults and frailties. 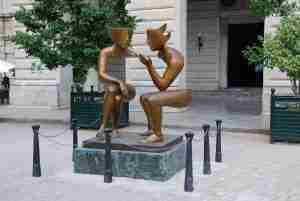 An Opportunity in Disguise 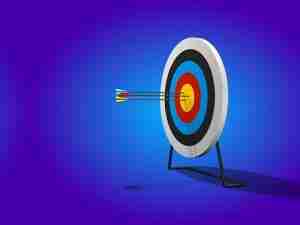 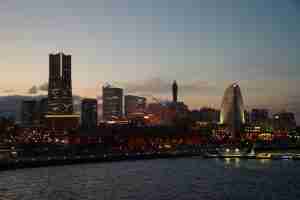